The Tyrolean starts his third year with the German team

The Nürburgring-Nordschleife has a high priority in Norbert Siedler’s race calendar once again. In 2018, the endurance-specialist will compete in the ADAC 24 Hours Nürburgring and seven additional races in the “Green Hell”. Just as during the last two years, Siedler will sit behind the wheel of a Porsche 911 GT3 R entered by Frikadelli Racing.

“Already after the last season I noticed that Frikadelli Racing wants to face the new season even more ambitious. Therefore, the extension of my contract was a logical step for me,” Norbert Siedler is looking forward to his third year together with the popular team from Germany. As always, the ADAC 24 Hours Nürburgring in May will mark the season highlight. “Last year we were the best Porsche team and finished in sixth position,” he remembers. “That is a good benchmark for this year.”

Beside the 24-hour race, the VLN Endurance Championship is in Norbert Siedler’s focus as well. “The VLN has become more and more professional during the last years. At the same time, the contact between fans and drivers remained unique,” he emphasizes. The 35-year-old will participate in six VLN-races. Scheduling conflicts prevent a start at the other three races. In addition, the Austrian will compete in the 24h-qualirace for Frikadelli as well.

When it comes to racing tyres, Norbert Siedler’s team focuses on continuity: The Frikadelli-Porsche will be equipped with Dunlop-tyres in all races. “This constancy is an important factor,” the Nordschleife-specialist points out. “During the last season we experimented a lot with different tyres. We gained a lot of experience but did not always find a perfect setup due to the short preparation time.”

Therefore, Norbert Siedler has ambitious goals for the new season: “The podium must be our target in every race,” he shows confidence. “The Porsche 911 GT3 matches the Nordschleife and was updated a little bit for this year. Our driver line-up will be promising as well.”

The VLN Endurance Championship's season opener is on the schedule already on 24th March. Two weeks later, the first two races of the Blancpain GT Series will be held in Misano. At the Italian track Norbert Siedler will start his first full season with the Lexus RC F GT3 entered by Emil Frey Racing. 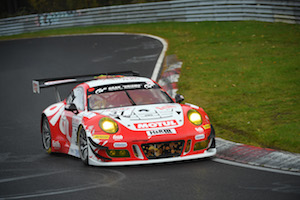 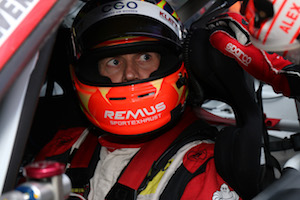